Posted by Pat Curtin on October 2021

We've been well-versed in the green Mercedes-Benz lately, from the Leaf Green 6.3L 300SEL currently for sale, to the fin-tailed 280SE convertible in for a bit of mechanical work. We've been getting used to the Big-Bodied Benz. Today we're looking at more of a cruiser, the Olive Green 280SL visiting for some work on creature comforts. This car also gives us a chance to highlight the European versus American look on these classic 280s. Join us as we cover the Olive Green SL.

If you've been hanging around, you know that Jack recently bought a "barn find" 280SL in Midnight Blue. That example is rare in the 280SL community due to the four-speed manual and the Midnight Blue over Parchment interior. You can learn more about that one here. 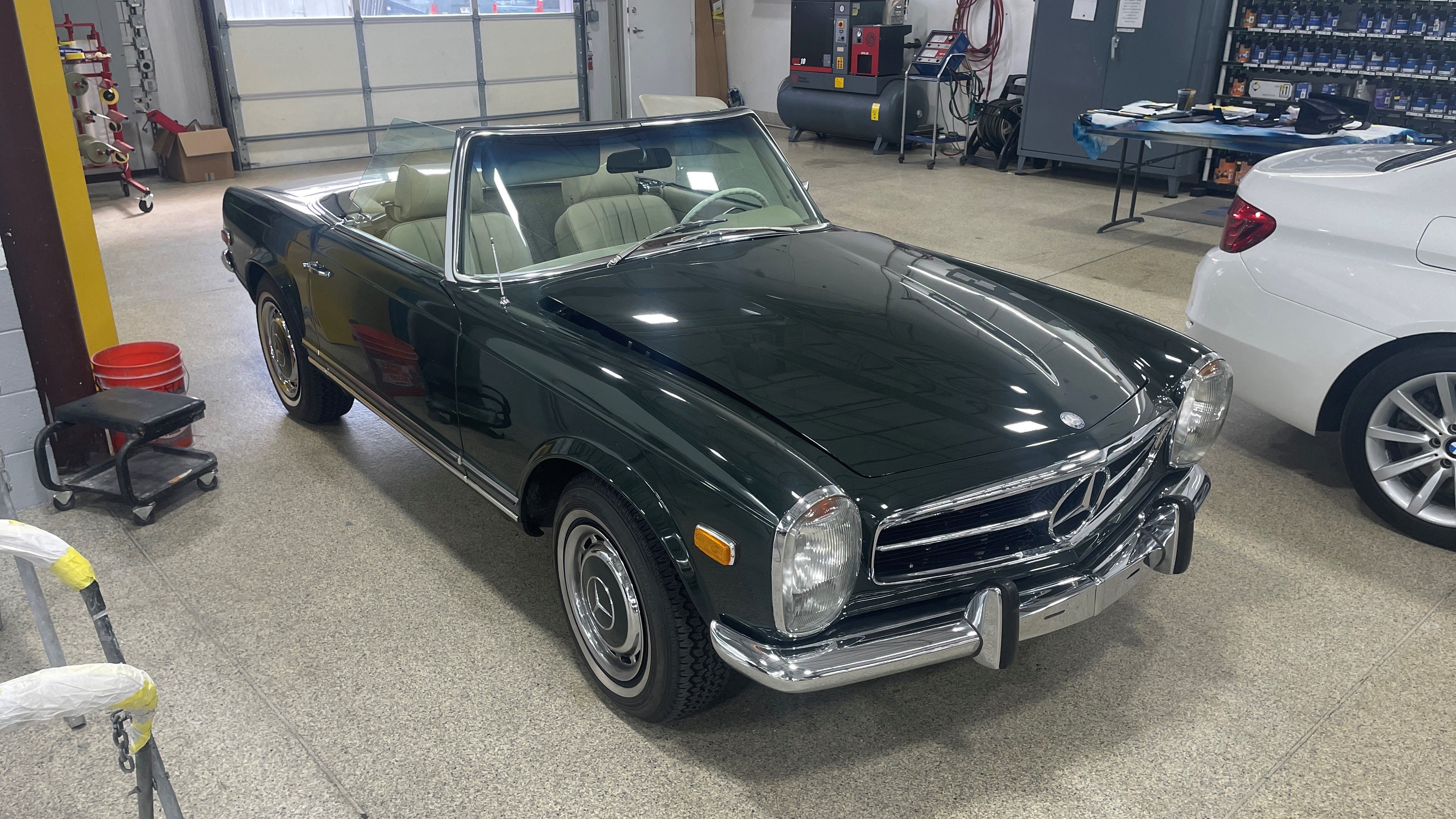 The new example is an Olive Green over parchment 280SL that shows a cared-for life. This is a later run American example that features the trunk evaporative tank required for U.S. emissions in 1970. Aside from the evaporative tank, this car also shows signs of being European-ized during its life.

While the arguments between European and American looks didn't come around until 1974, those in the know are still aware of subtle differences the 280SL saw across the pond. One of the most prevalent is right up front with the headlights. While the European headlights (featured on the Olive Green) were created during the model's development, the American headlights (on the Midnight Blue) were born from U.S. lighting regulations requiring sealed-beam headlights. 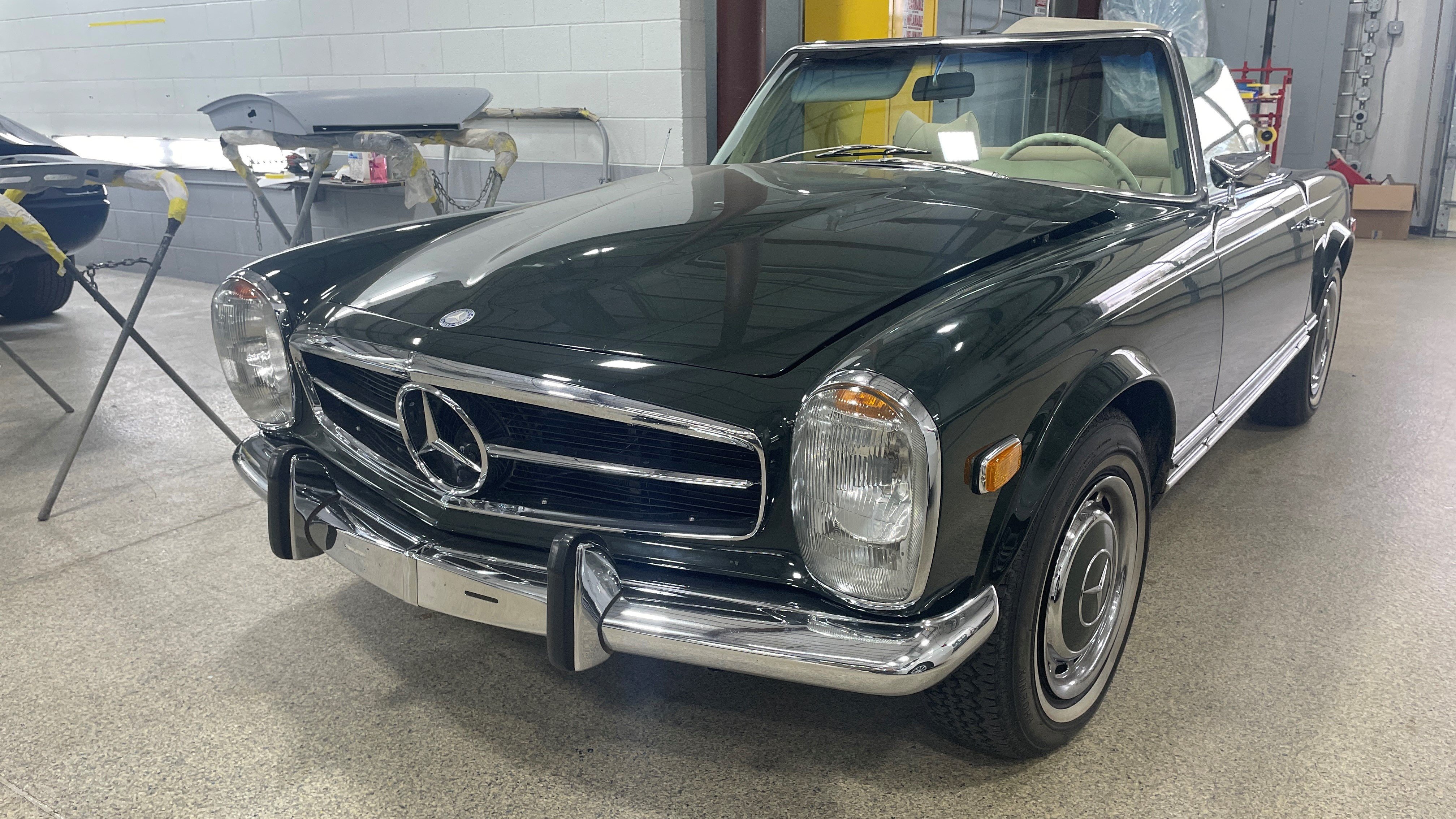 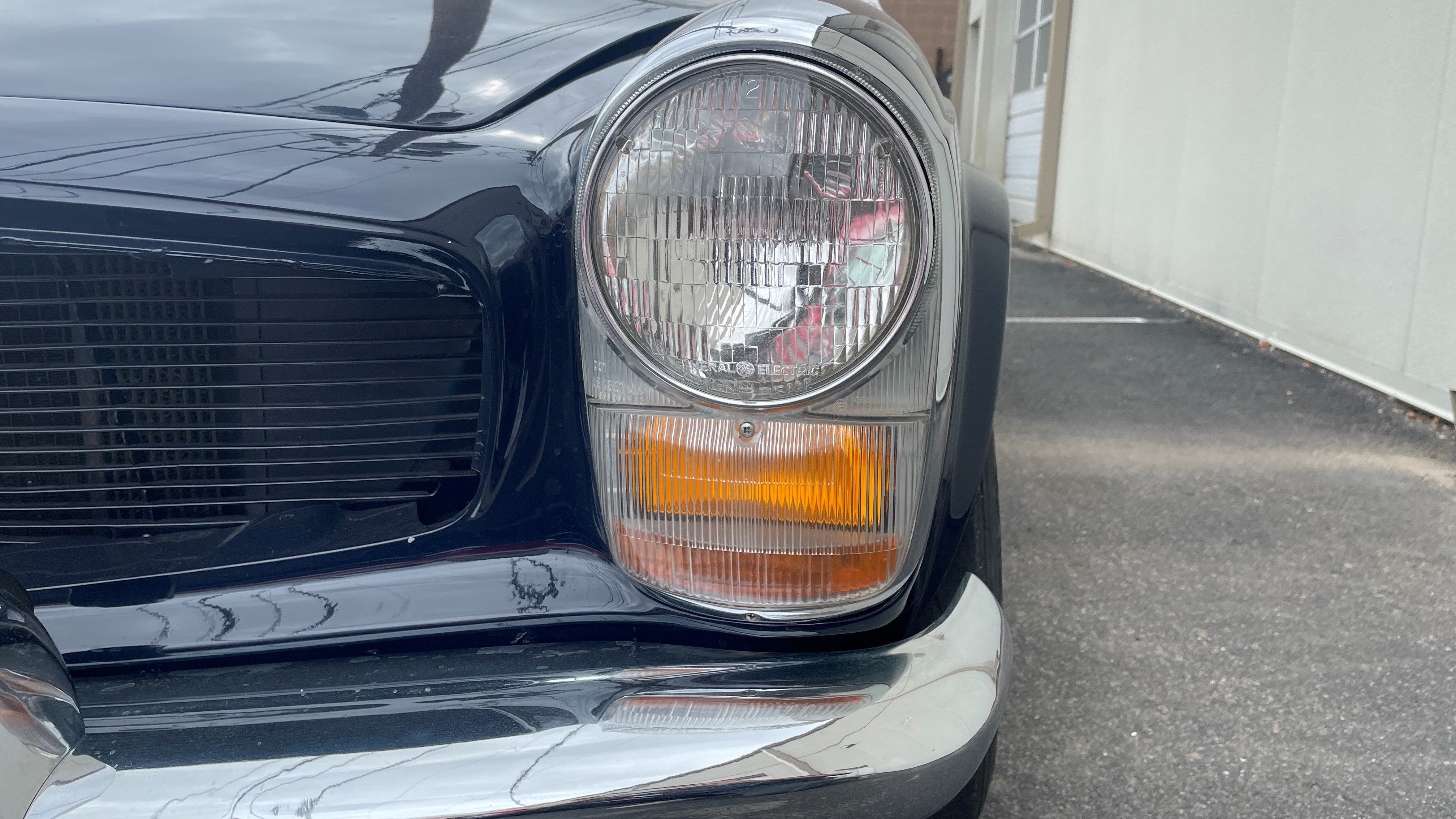 There are more differences throughout the car as the European taillights feature amber turn signal indicators. Meanwhile, the American examples are red throughout the taillight housing.

Earlier, we did note that the Olive Green example had seen some "European-ization" but this is an American car. One key tell is the evaporative tank mentioned earlier, and the side markers on the front and rear quarter panels. In the European markets, side markers were not a requirement as they had been here in the U.S.

In order to "Euro" your 280SL required both front and rear quarter panels and numerous hours to simply remove these side marker lights. One other telltale sign is the bumper guards that run perpendicular to the ground on the front and rear bumpers. The American 280SL got them, while they were not added to cars elsewhere in the world. Just another example of U.S. regulations ensuring our cars had their own, unique look. 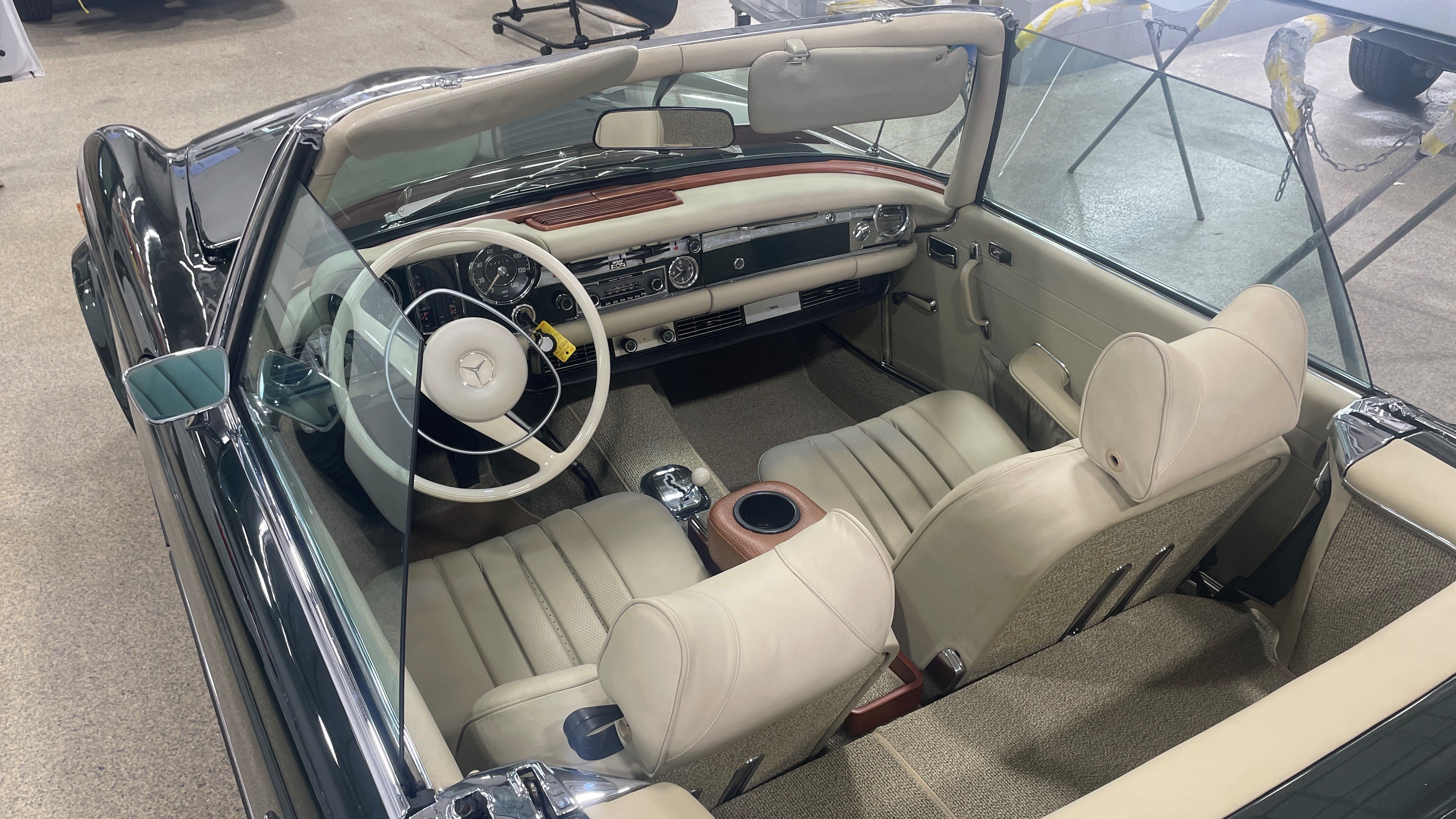 Thankfully with all these differences throughout production, Mercedes Benz always included the option codes in the drivers' fender which helped to identify many of the nuances of the two 280SL. If you'd like to see more of our 280SL mastery, be sure to check out this video from Tom on a restoration we completed a few years back. As always if you have a 280SL or any classic looking for a restoration or help finding the next caretaker, give us a call at 303-761-1245 or send an email to info@farlandcars.com. Thanks for stopping by!