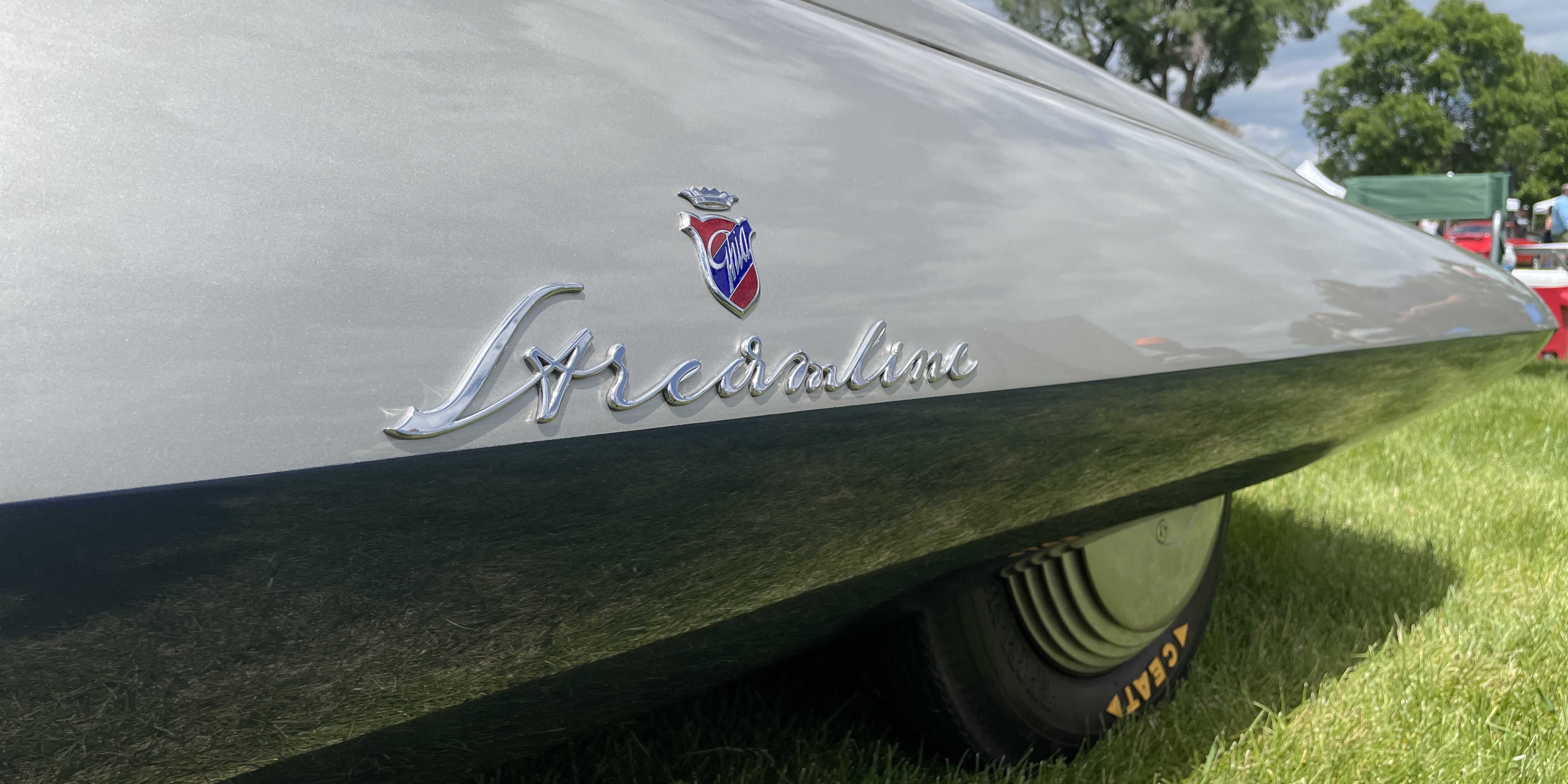 Getting to know Gilda

Last week we covered the 39th annual Colorado Concours d'Elegance here in Denver. If you didn't get a chance to catchup with all the fun we saw this time around, that's ok, I've made it a bit of a tradition to highlight my favorite car at the Colorado Concours each year. Last year, at the event I got to cover the 'Special Wishes' 1982 Slantnose owned by a friend of the shop. This time around we'll highlight a one-of-one rarity, and its long history. Join us as we meet Gilda, an icon of the 1955 Turin Motor Show.

Following the end of WWII, the world was quickly doing its best to get life back in order. For the Americans this was a new age of technological marvels, heralded by the first supersonic flight in October of 1947. For people all over the world, the development of this new propulsion coupled with more forward-thinking ideologies led to countless cars designed with 'futurism' in mind.

During the following two decades we would see many different countries working together to develop modern machines. Later, brands like DeTomaso, Sunbeam, and Iso Grifo would utilize American V8 engines in their European-bodied cars furthering the idea of world-wide futurism.

During these two decades, we also saw the height of coach-built cars with design houses like Pininfarina, designing spectacular one-off projects for the beautiful people, doing beautiful things. By 1955 Carrozzeria Ghia was a staple of the coachbuilding world being one of the longest-running design houses in Italy. They saw the futurism pushed by the American brands and felt they could also get involved. With instructions from Chrysler styling executive, Virgil Exner, Ghia would set to work building the wedge-shaped 'forward-thinking' coupe that would put to use this 'futurism' ideology.

On the 21st of August 1955, the car would be revealed at the Turin Motor Show but arrived without an engine. Aside from the missing powertrain, the car showed the artistry and mastery of the craftsmen at Ghia with a fully finished interior and unique orange over silver two-tone paint. While Gilda was an absolute hit at the Turin show and would help to push the entire brand toward turbine power, it would take the car almost 40 years for it to receive the legendary Turbine engine . Between the introduction of the car and the installation of the turbine engine, the Gilda was originally fitted with an OSCA 1600 GT engine, while rare in its own right, we feel the turbine powertrain really fits this art-deco design and helps to make this icon a true one-of-a-kind. Down below you can see our short walk around video that I got a chance to take while we were out at the event.

That's going to do it for us today at the shop. If you haven't had your fill of Farland fun be sure to check out our most recent livestream down below! As always, if you have a project that has stalled, a forgotten relic or just don't have the time for your Colorado Classic Car, give us a call at 303-761-1245. Thanks for stopping by!