Getting to Know the Jaguar XKE

One of the trickiest aspects of classic cars can be the miniscule changes made by a manufacturer throughout a car’s production run. Often these changes come about through new regulations or safety stipulations. Knowing the specifics of a car model can help us identify its accuracy, originality, and value. One great example of these minor changes is the Jaguar XKE. In the United States the car was called the XKE, everywhere else they were referred to as the E-type. Throughout our time here in Denver, we have seen over 30 of these classic Jaguars move through our shop for restoration and consignment, we have even helped a few move overseas.

Today we'll be looking at the Jaguar XKE and the variances throughout the three series.

Throughout much of the 1960’s and 1970’s minor design changes were common practice on European cars. As the manufacturer made a design change, the factory was to use up all the old parts before introducing the redesigned parts. During this time Jaguar developed the E-type as a replacement for the XK150 and was heavily influenced by the design of the D-type racecars.

The introduction of the E-type came in March 1961. These first run of cars are known as the Series 1. The first cars were fitted with a 3.8L inline six engine and were available as an OTS (Open Two Seater) or a FHC (Fixed Head Coupe).

Some of the earliest cars are referred to as “Flat Floors” due to the shallow footwells. These are the most sought after, but generally considered the worst to drive. These cars bring exceptional values and are typically not driven. The ‘Flat Floor’ production is believed to have ended in early 1962, with only about 2,000 ever produced. 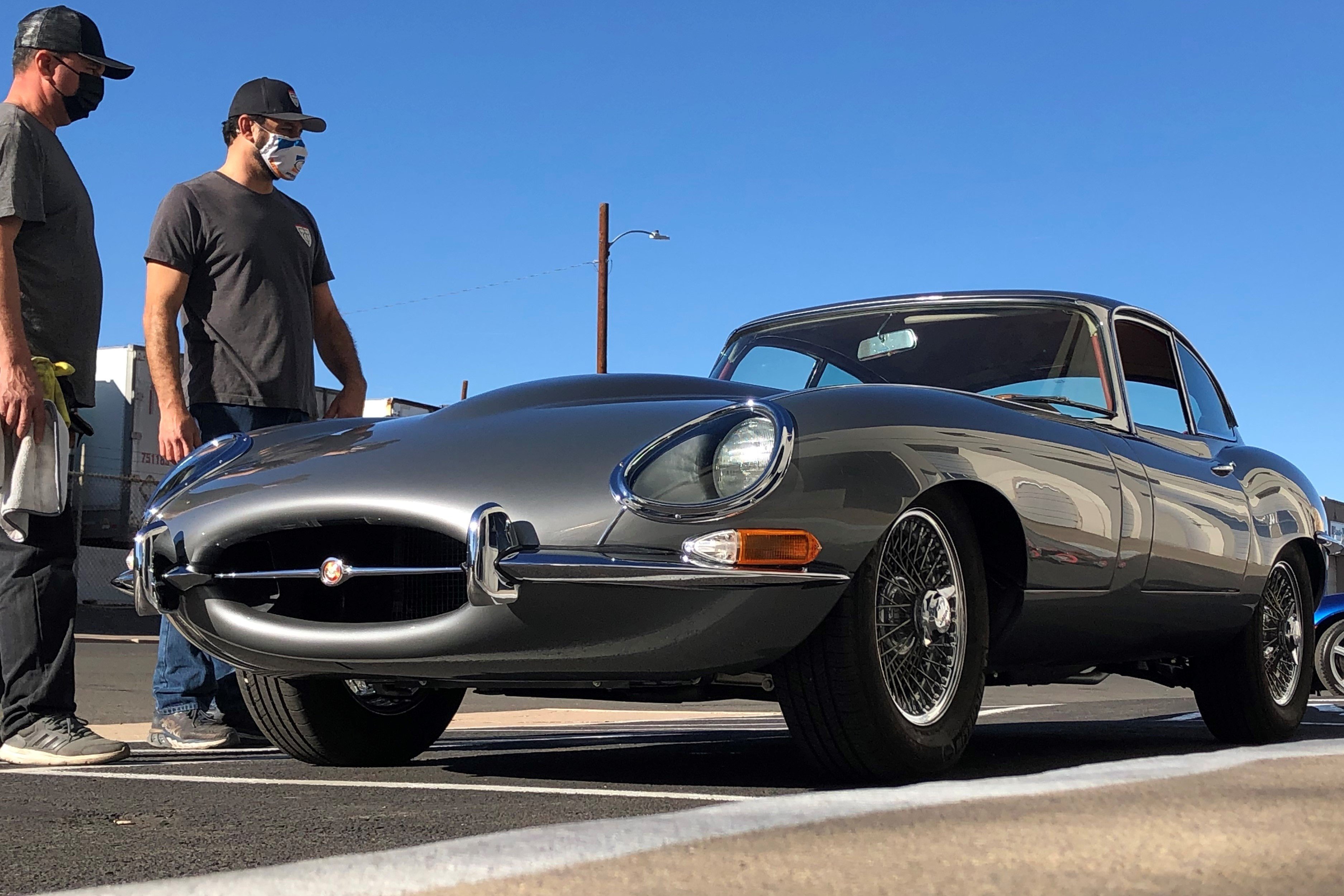 Many elements of the E-type Series 1 changed throughout the years; the first major changes came in 1964. The largest changes were to the 3.8L engine which was bored out to 4.2L and a fully synchromesh gearbox to replace the prior Moss 4 speed. Other changes included 72 spoke wheels, a redesigned electrical system, replacing the generators with alternators and the cars were switched from positive ground to a negative ground.

Further redesigns were introduced in late 1967, due to U.S. regulations. This included removal of the headlight glass covers, redesigned wheel knock offs and rocker switches replaced metal toggles. Jaguar continued to produce the Series 1 until 1968. Some of the XKE Series 1 are missing the covered headlights but retain the other new parts listed above. Some call these the Series 1.25, but production numbers are small. If a car had the headlight and switch changes, they are referred to as a Series 1.5. Below is the interior out of a 1963 FHC Series 1, and a 1967 OTS Series 1.5. 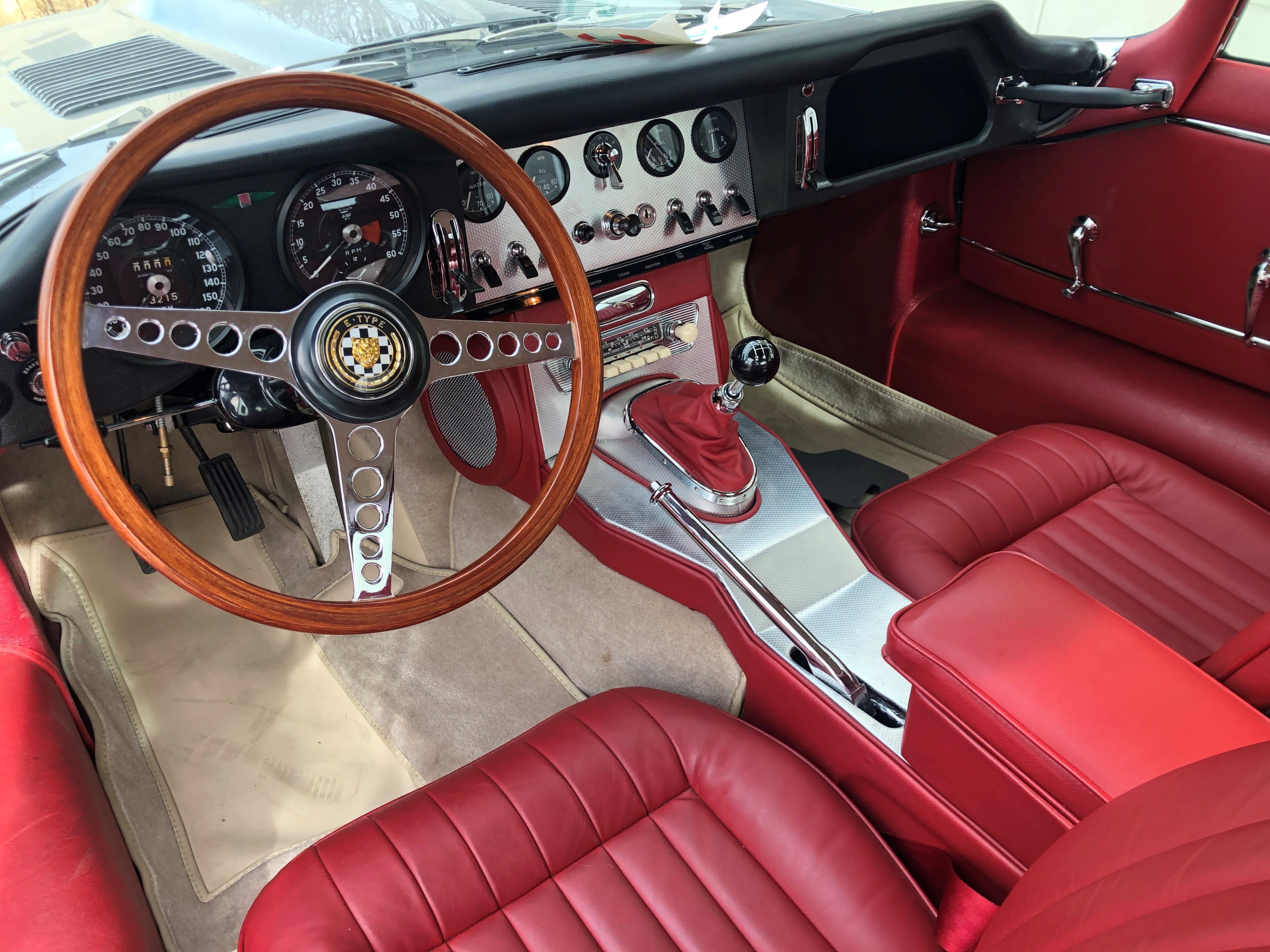 Here you can see the open glovebox, the aluminum shifter surround, and the metal toggle switches on the dash. 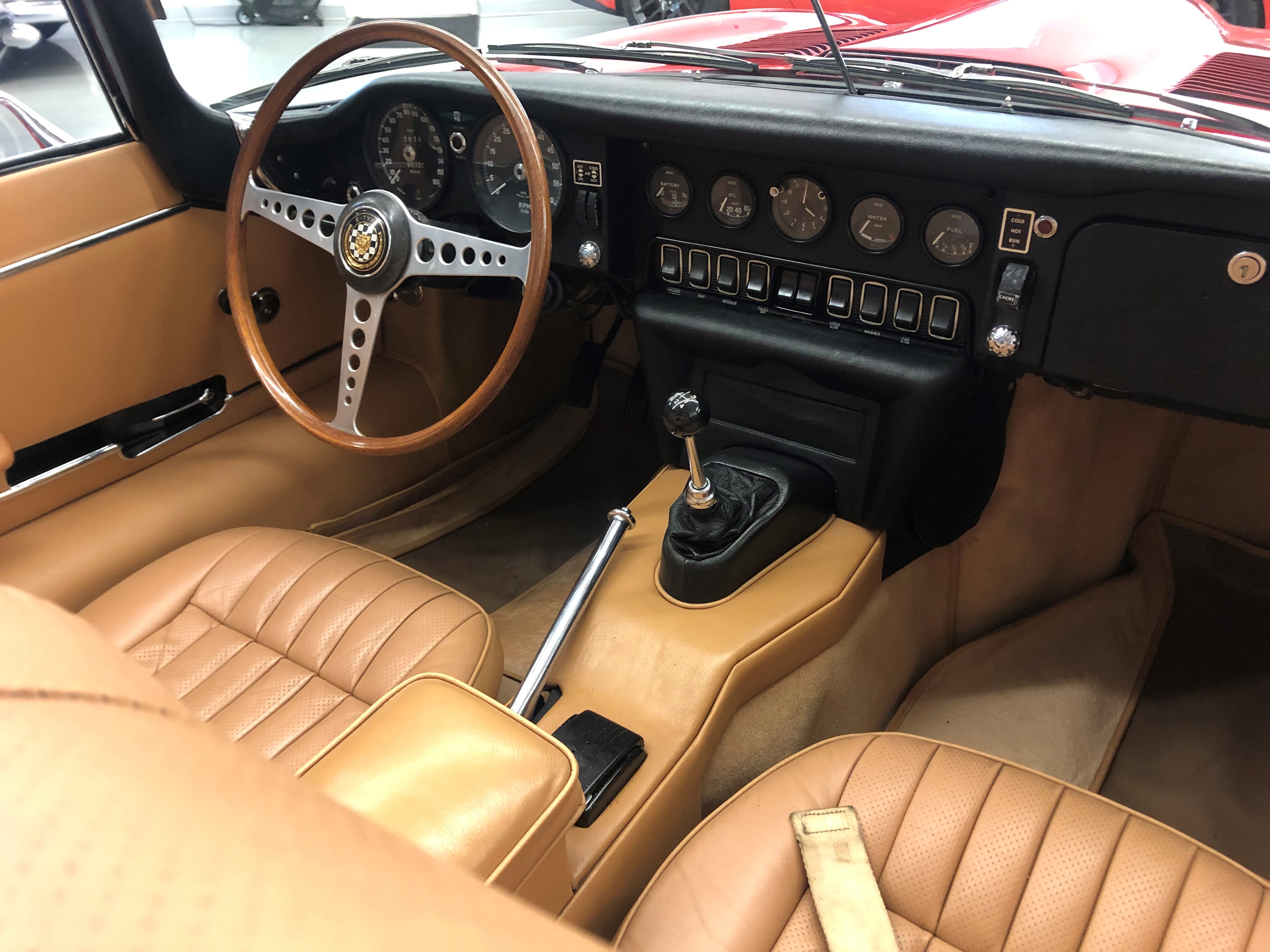 The Series 2 came in 1969 and would run through 1971. Larger front marker lamps, taillights now fell below the rear bumper which had been raised, and there was a larger “mouth” on the cars. Safety concerns led to a collapsible steering column and the addition of headrests. The 2+2 model, which had been introduced in 1966 saw changes including a steeper windshield, allowing for two wipers rather than three. The 2+2 models had a folding rear seat, and most were equipped with a Borg-Warner automatic gearbox. 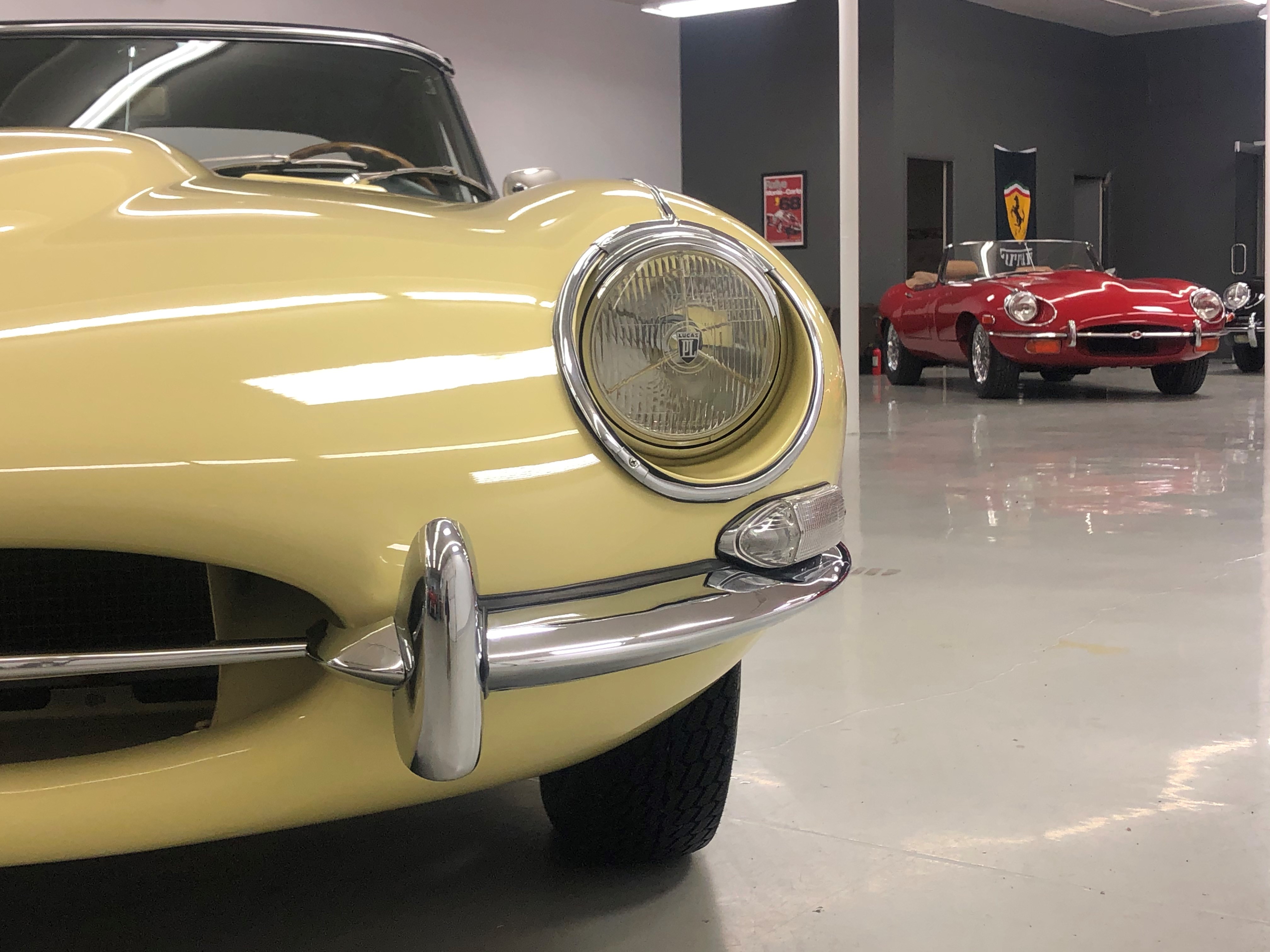 Here you can see the Yellow Series 1.5 and the later Series 2  with different turn signals and grille opening. These two XKE's are both currently available in our showroom!

Series 2 production ran through March of 1971 and by then Jaguar had moved onto the Series 3. The move from Series 2 to Series 3 saw many more changes to the exterior. The largest change was for the American market. Jaguar found Americans cared more about displacement than handling and shoehorned in a V12 to appease the Americans. This also meant that All XKE’s were built on the longer 2+2 chassis to accommodate the larger engine and wider wheels. The Series 3 also is the only Series to have a full cross-patterned grille. This is one of the easiest ways to identify a Series 3. In total just over 15,000 Series 3 were ever produced. For many the tiresome V12, larger body and automatic transmission have caused the Series 3 to be unloved in the community.

Throughout the growth and development of the XKE, Jaguar was listening to the buyers and reworked the car to better themselves in the market. Even today, the E-type is considered an easy to own classic, given it has been treated well over the past 50 years!

Here is the Series 3 grille, one of the most easily identified changes throughout the XKE lineage.

While there were many intricate and minute changes to the XKE throughout the years, it is not the only model that saw changes throughout production, even today cars get facelifts and minor year to year changes. It can be tough to know every little detail, but that's why we are here to help.

We will help you to find the perfect classic or get you back on the road!

If you'd like to spend a little more time talking XKE, go check out our recent Youtube video  from our Head of Sales, Bill Orth. He's highlighting the 1968 XKE Series 1.5 currently available here in the showroom.