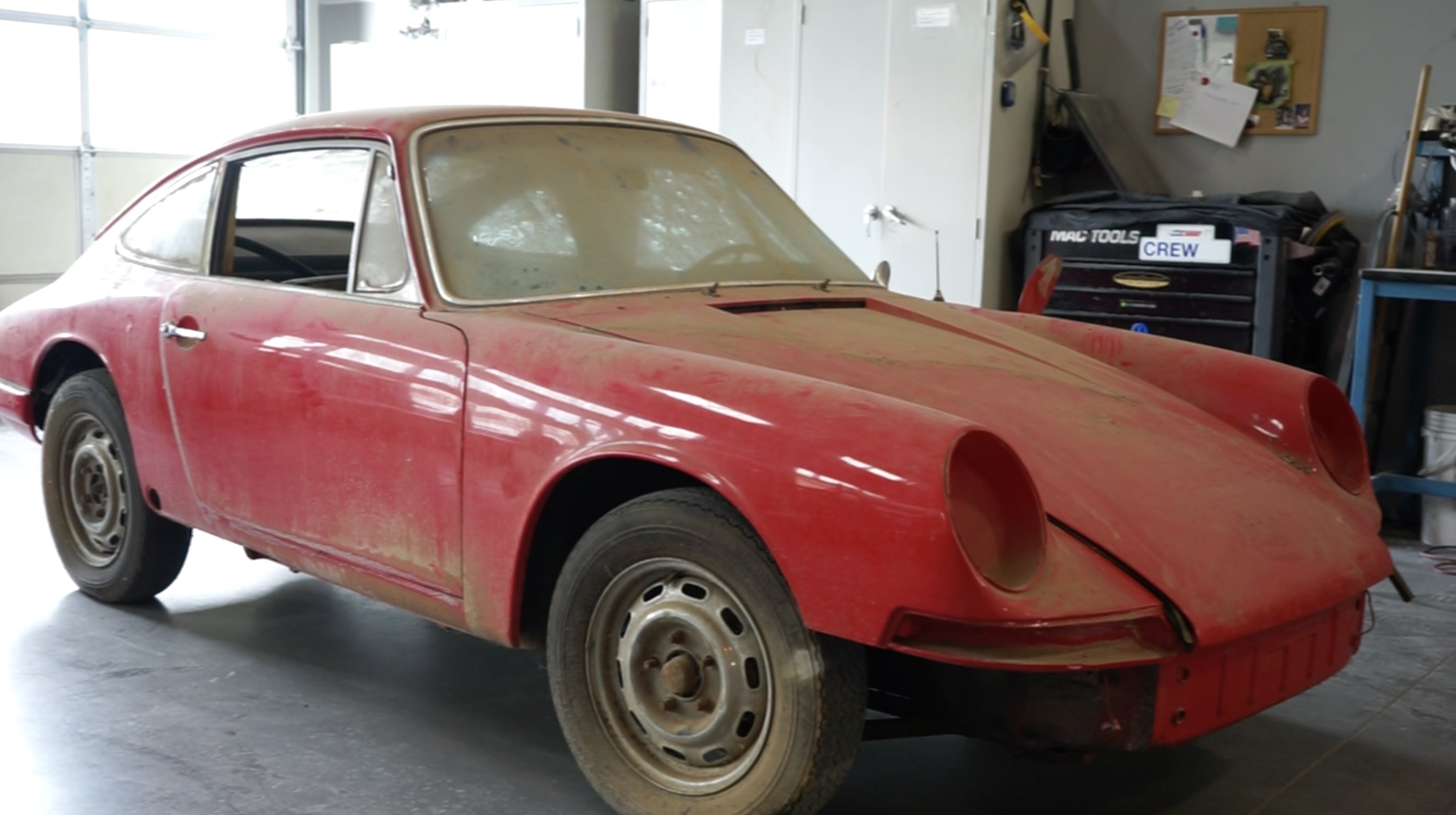 Posted by Bill Orth on November 2016 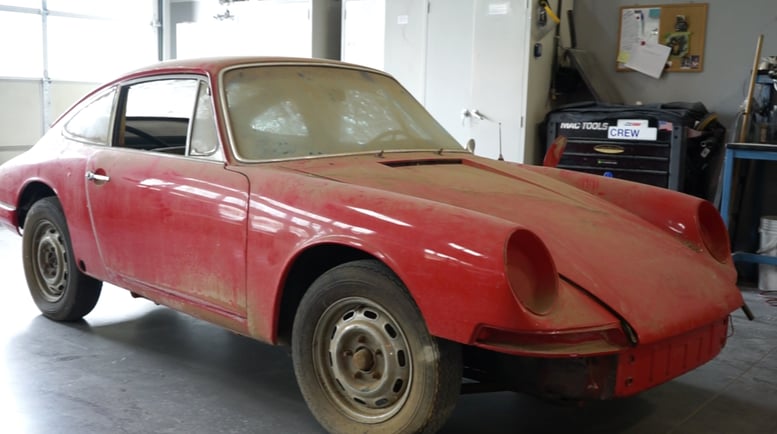 Each of us, at one time or another, have started projects that never quite got finished, from model airplanes as kids to more complicated jobs later on.  After the acceptance it wasn’t going to get done, the project was disposed of somehow or finished by hired help and we moved on.

Often these were learning experiences that taught us what we were not adept at. Sometimes projects get sidelined by newer, more exciting interests.  As adults, many car nuts decide one day to buy some car they are fascinated with and ‘restore’ it. This is usually because they can’t afford a all-finished version and view this sweat equity approach as a work-around to have the car of their dreams. 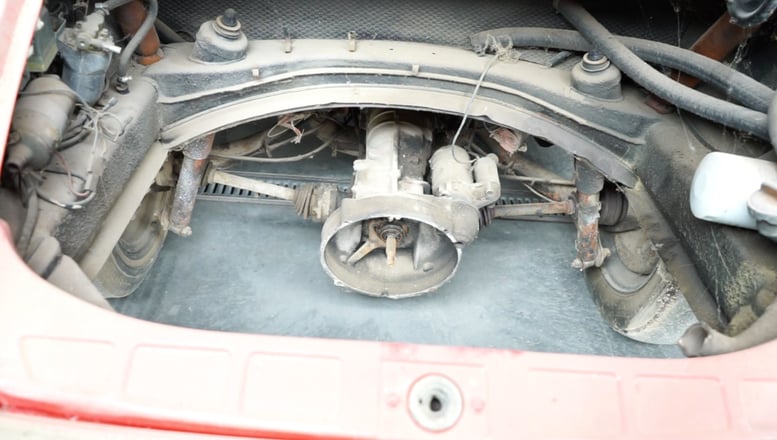 Some of the restoration jobs we take in each year were projects started by the cars’ owners that stalled due to the realization that the time, space and skills necessary had been underestimated.  It’s a huge commitment to work in your garage every evening and weekend while your family goes on about life without you.  And if you don’t work on the car steadily, it will never get done.  Occasionally a shop was given the work, but failed to deliver the quality or timeliness promised, so we were called. (see our 1961 Ferrari page - refers to the pic below.)

Many reasons crop up for removing a stalled job from another shop, but the most common are: the business going under, losing the only technician familiar with such a car, unsatisfactory workmanship or finding they grossly underestimated the job and simply stopped work.

A frequent consequence of a car being disassembled for years is missing parts.  We can almost guarantee that when we start reassembly there will be important things missing from all those cardboard boxes and coffee cans full of bolts!   Since a restoration is billed by the hour, the longer it takes us to redo clumsy wiring, poor bodywork and other amateur gaffes, plus tracking down missing rare parts, the more the job will cost.  It is actually faster and cheaper for an experienced shop to start with an untouched car than one “already partially done.”

The prior reference to “…for years…” is much more common that you might think.  Once momentum begins to wane, it’s amazing how fast time goes by. Sometimes a home move occurs in the middle of the project and all the ‘car stuff’ is hastily boxed up and thrown in the car…but not the awkward pieces like spare wheels and bumpers that were left in the crawl space of a house moved out of five years ago.  Similarly, when a restoration drags on in a casually-organized shop, things can disappear during major clean-ups done by new, lowest-tier employees.  Just like when realizing you have a poor-performing investment, the sooner you take action the better.  If you haven’t worked on your car for a year, or, if progress isn’t being made by your current shop, it’s time for a new direction. 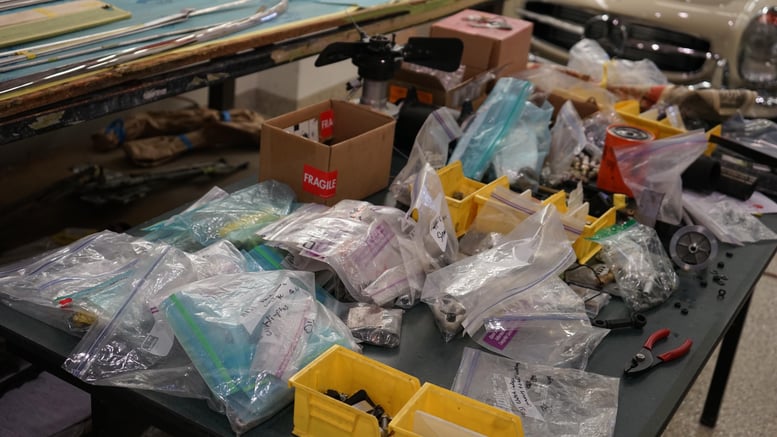 The photo above shows precisely how we bag and tag all parts on a restoration. This is NOT what you will find with most stalled projects. Finally, the value of a restored car is often strongly influenced by who did it.  When you have your vehicle at Cars & Coffee with a For Sale sign on it, and a prospect asks, “Who did your engine rebuild and bodywork?”  Giving the name of a shop recognized for such work is much more meaningful than saying: “My brother-in-law and I did it.”

In almost every neighborhood in America, there is a garage with an abandoned car project sitting in it.  If there’s one in yours, maybe we can help get the job moving again! Send us an email if you're dealing with a stalled or abandoned project.